Nugbari produces natural, delicious and high quality traditional Georgian sweets. Churchkhela is our main product and we are proud to introduce this great snack to the rest of the world. Nowadays our company comprises of: 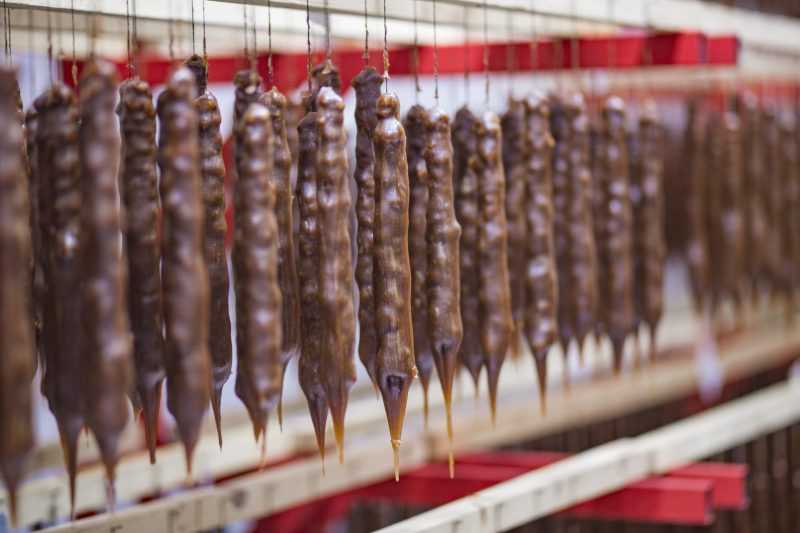 In one small country on the crossroads of Europe and Asia, this natural high-energy snack existed from the ancient times. Abilities to not expire for long periods of time and satisfy hunger for almost half a day, combined with its pleasant taste and pragmatic size, made churchkhela a favorite food for Georgian soldiers in long-distance wars.

That is why today Churchkhela is national sweet of Georgia and part of its cultural identity. Over the recent years, in line with healthy food trend in the world, reinventing of churchkhela as a wholesome and delicious snack is going on and this one-time ethnic food is gaining more and more mainstream popularity abroad.

RECIPE
Opposed to its difficult name, Churchkhela has a very simple recipe. It is nuts candied in flour-thickened grape juice. Traditional technology of preparation, which was handed down from generation to generation without a single word written, is inscribed on the registry of Georgia’s Intangible Cultural Heritage. In other south-eastern European countries like Turkey, Armenia, Azerbaijan it is known as sweet sausage.

Now there are 500 varieties of grape In Georgia. Rkatsiteli which has unique taste is a main variety in Kakheti Region, known for its wine- and Churchkhela-making traditions. During vintage, when grape juice is not yet fermented, some portion of it is separated and boiled to make a concentrated juice, named badagi. Which is afterwards kept in special cans. Concentration is made in order to make it naturally sweet, pasteurize and make smaller in size.

The second ingredient of Churchkhela is nuts, mainly walnuts or hazelnuts. Nuts should be of highest quality, so that they last in Churchkhela for at least 9 months. Every nut is inspected so that they have correct amount of water and are not rancid and do not contain dangerous aflatoxins. Inspection is done by form and color. In hazelnuts maximum paruli sidample is 0.5%, which means maximum 1 in 200 hazelnuts can be bad. After inspection nuts are threaded (walnuts are cut into pieces) and left in Tone for several days for slight roasting. Tone is a special clay oven used for baking Shoti, traditional Georgian bread.

Last ingredient of Churchkhela is wheat or corn flour, which is used as a thickener Wheat was also available in Georgia from BC, and from introduction of corn in Georgia in 18th century, also corn flour was used in Churchkhelas in Western Georgia. 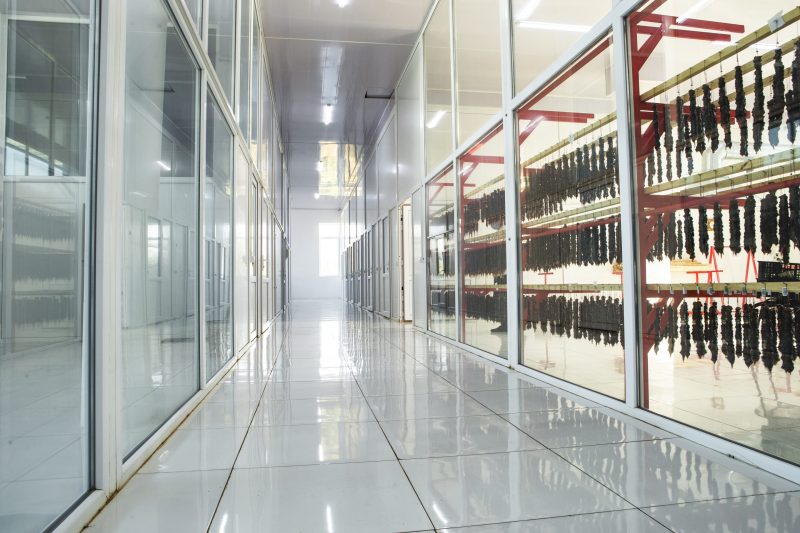